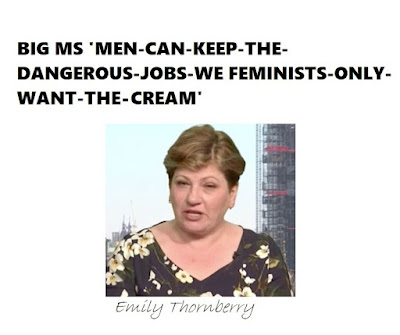 Emily Thornberry, Islington lady of leisure and bees-in-the-bonnet, or MP, as they're often called, has started a stink about something so controversial I don't know how we'll survive.

Well, Ms Thornberry doesn't mind about the boys being called names, of course, but girls - poor sensitive flowers! And calling them 'little' - EEEKKK!!!

Because feminists believe that women are strong and fantastic and do all that men do.

Well, they're strong and fantastic, just as men are, but often in different ways, and the fact that Mr Men rescue little Misses in some of the stories is not sexist. It's simply down to the fact that boys/men are usually physically stronger. This is down to goodness knows how many years of men doing all the hard physical toil - you know, on construction sites, in the mines and sewers. The Glass Cellar jobs in fact, which account for why over 90% of workplace deaths are male.

And the fact that feminists consistently try to infantilize women - making them out to be shrinking violets who need constant protection and 'women only' shortlists to get anywhere.

After fifty years of strident feminism, the 'laydeez' still don't want the Glass Cellar jobs - but baulk at any positive qualities attributed to hard working men. In fact to men at all. 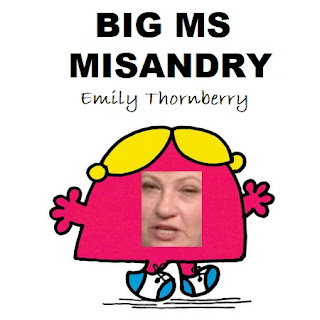