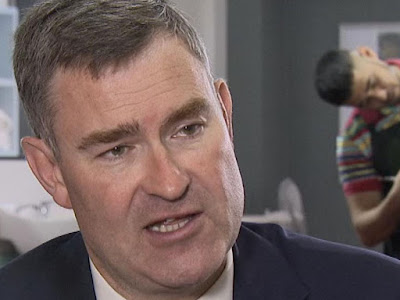 There's something so rotten about the smug, middle class men in power exercising chivalry towards the ladies. Here's David Gauke:

He said: "I think we do have to be conscious that sometimes there are different issues with women offenders than there are with men.
"A lot of female offenders, for example, are themselves victims of crime, quite a high proportion are victims of domestic abuse themselves… a lot of them are non-violent, a lot of them [have] complex mental health issues we need to address.
"I think there is a very good point in saying that of the 4,000 or so female offenders who are in custody, how many of them can be dealt with through other means?"
And many men are victims of crime and domestic abuse themselves, non-violent, and have complex mental health issues. And receive less support than women even before becoming criminals.

David Gauke seems to be saying that men are just bad, but with women there are often mitigating circumstances.
What gives David Gauke the right to play God and decide that people with vaginas deserve special consideration?
If there is such a thing as a Patriarchy this is how it acts - penalising men while looking out for the 'ladies' and letting manipulative vile people out on the streets - just because they don't have a penis.

The Crown Prosecution Service already has a history of favouring women criminals. Ever heard of Berlinah Wallace? Read this - Justice For Men And Boys.

Hi, this is excellent. Will you be informing Mr. Gauke of his award?

I have indeed. I have also informed Mr Gauke that any replies will be shared here. I think his biased views on prison sentencing really do deserve the fullest publicity.

more women should be sent to prison for crimes that they have committed, particularly false allegations of abuse upon them and for controlling/coercive behaviour, using children as weapons in separations, abusing the children in the process, (psychologically/physically), pah a mans world, NO it is not. you women bleat on about being the victim.........its all tosh and you deserve as much as a male offender, (of which studies have shown, there are many imprisoned on false allegations by a women, f... ..f to venus!!!!!!!!!).

Using Ministry of Justice data, William Collins has shown that if men were treated the same as women by the justice system, five out of every six men in prison today would not be there.

THAT is the important information which no amount of anti-equality speeches (always in favour of women) can set right.